Artist Lab Report:
Who suffered and who wins?
by Wen Yu

My project is about soybean and how it becomes a sign of the trade war between Beijing and Washington. I was inspired by a dramatic piece of news last year that a vessel contains tonnes of soybeans lingered in the ocean to wait for a final decision of the tariff. ( https://www.bloomberg.com/news/articles/2018-07-06/it-s-full-steam-ahead-as-u-s-soy-cargo-speeds-up-in-tariff-race )

I cannot have such insights if I did not spend time here in Milford Iowa. I met several farmers introduced by the Iowa Soybean Association and resident artists. I was lucky to discover much more than I expected. Meanwhile, I feel overwhelmed by all the information from all the different perspectives. 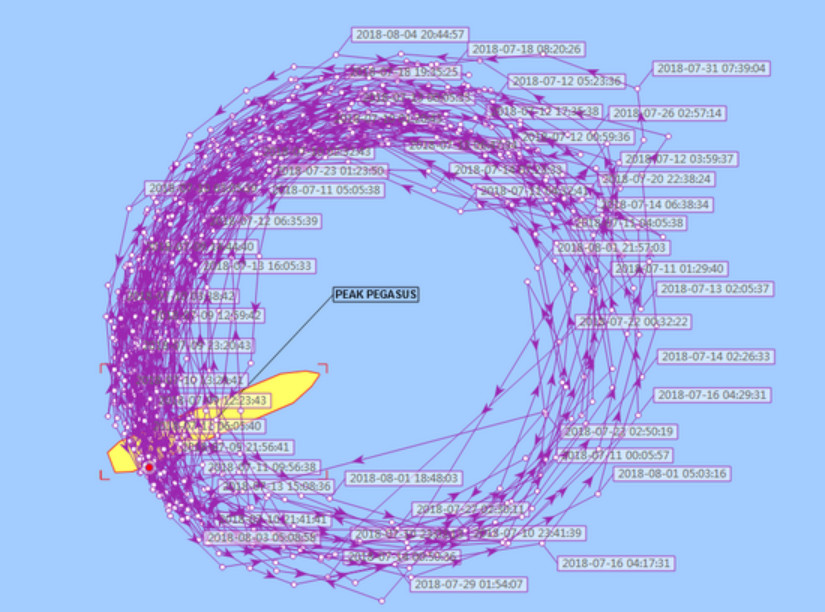 Location record of the vessel over one month 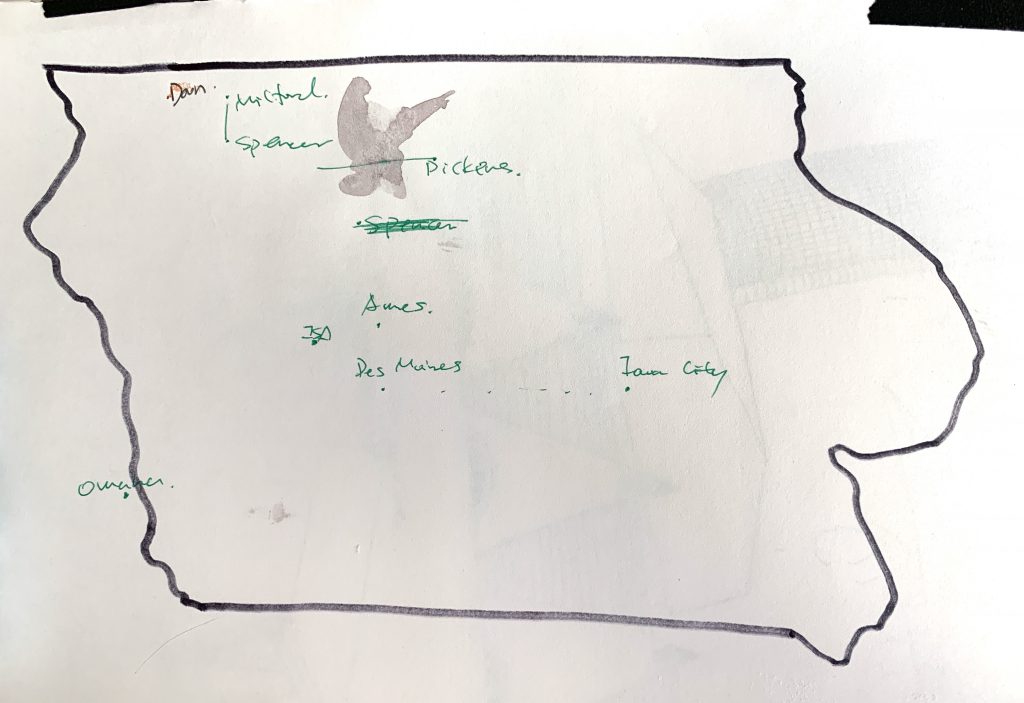 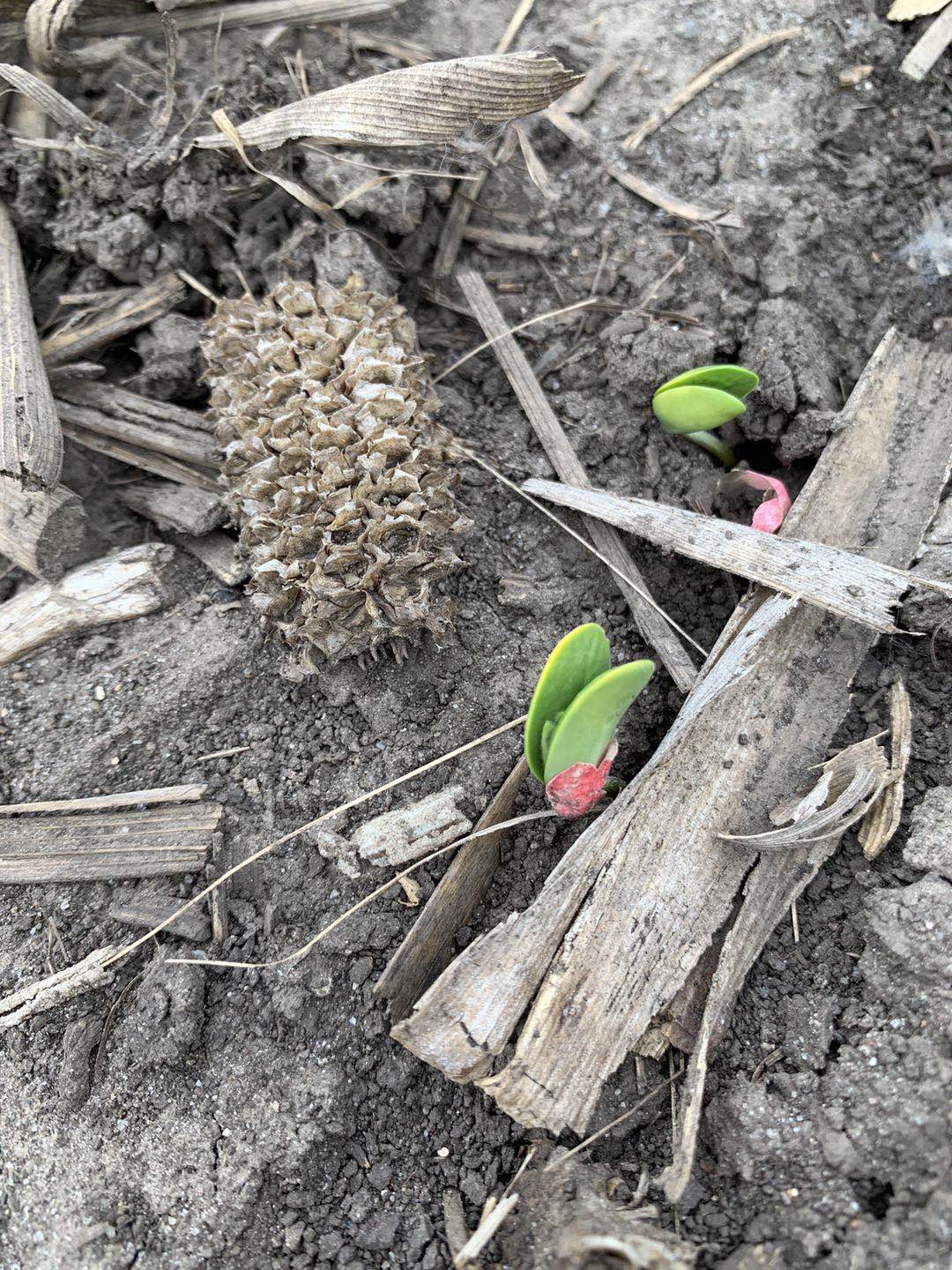 I have never had a chance to visit the mid of the US. For my soybean video project, I am also planning to synthesize the subtle relation between nature romanticism and social networks. I saw some farmers live in their farms and grow trees to separate their lands and home. Surprisingly, I found the pattern is the same as traditional Chinese farms in a traditional brushstroke painting.

On the way to visit farmers, I was able to make several stops. I walked around the farms with my camera and stopped for the landscapes, animals and wind farms. All the fields are carefully plotted and planted. The plants looked health and full of life. The grass flows with the wind like ripples. From an “outsiders” (I am obtaining an artist visa in the US) angle, I cannot think of another place in the world have such quiet, vast, and home-like feelings. Those other places would be either rural but desolate, or quiet but insecure. It reminds me of how romantic art engages with contemporary society in terms of its spirituality and the love nature. I think this “cultivated beauty” comes from the farmers’ endeavor, nature itself; more importantly, the result of many peaceful years sheltered by a strong nation. 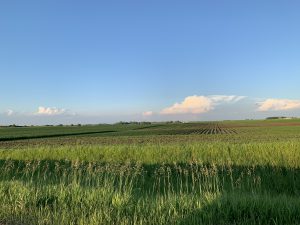 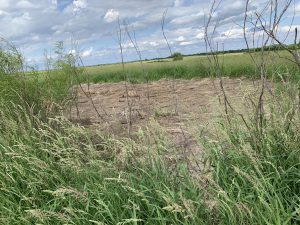 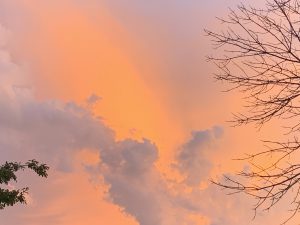 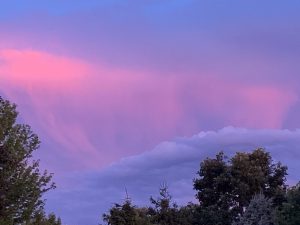 The more I get to know this land, the more I start to realize that this year is particularly difficult for local farmers: flood and tariff. If we talk about the flood per se, the rainfall has been dramatically increased compared to the previous 40 years. 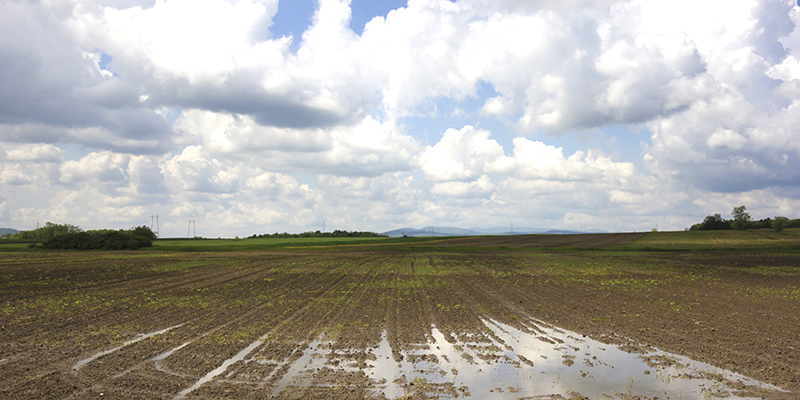 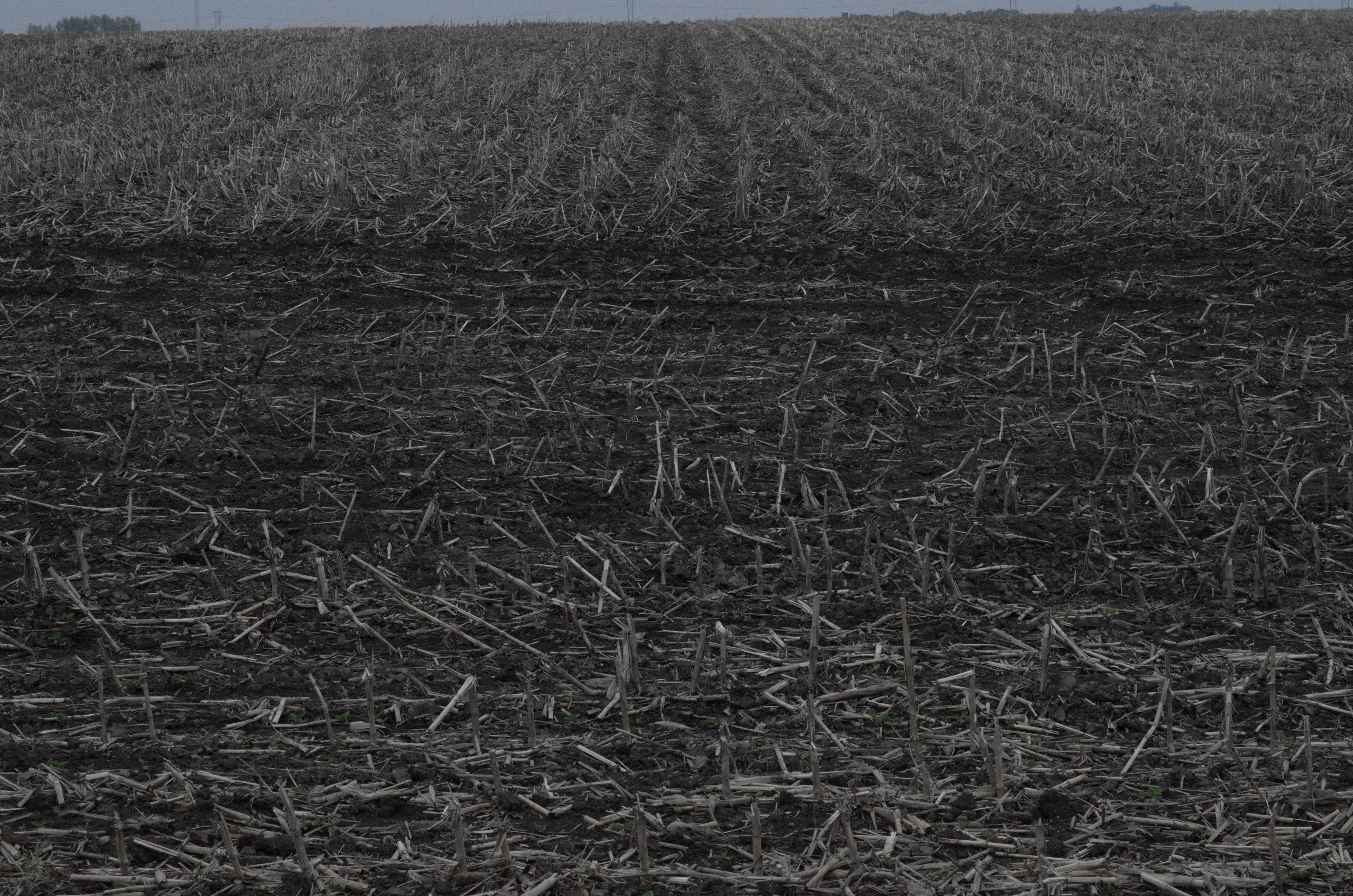 The water delayed the planting, and that is why I am still seeing some black soils right now. The soybeans need 90 days to grow and additional time to dry, and the corns need more time. If the winter comes early, farmers will have nothing to harvest. How could they make a living with all the debts and efforts? (Based on my research, the margin for a farmer is between 2%-3%, and they work in average 10 hours/day) I don’t know and it is cruel if we need to find out such a solution. But as an artist, how to creating works that are more connected to this issue? Recently I did an oversized inflatable that hopes to increase awareness of global warming because of the high temperature and is bringing the dormant ancient viruses under permafrost soils back to life. Yet I find the piece is not quite efficient because the disconnection still exists. 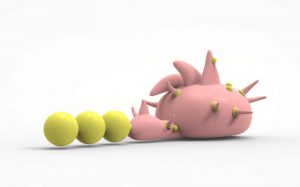 Because of my background, it created a distance that enabled me to ask the farmers. I talked questions like “whom you voted 3 years ago? Are you happy with the situation right now?” I did not get an obvious answer in terms of their reflection, but the farmers are not satisfied with what they are getting- government subsidies. They want healthy trade to build up the production-business ecology. The Iowa Soybean Association (the leading soybean associate in the US) started to trade with China 35 years ago after the previous Present of China Deng Xiaoping met with President Jimmy Carter in 1979, which opened many doors to establish US-China partnerships in the field of culture, technology and economy. 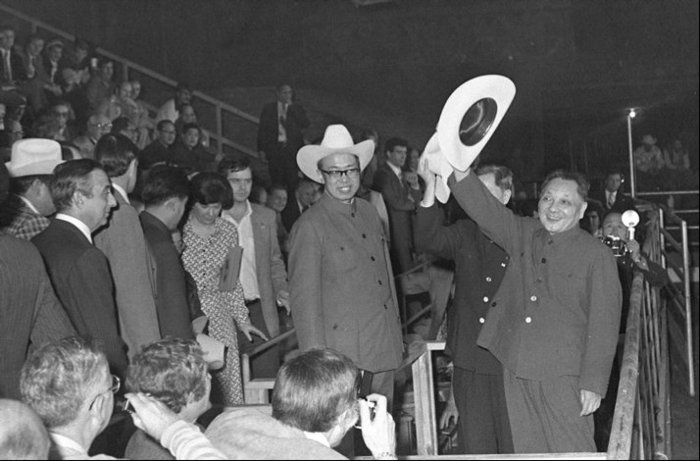 Deng with his cowboy hat

Currently, China is the third biggest importer of American’s soybeans, after the EU and Mexico. Every one of the three rows of soybeans in Iowa is going to China. In return, I found some evidence of the reciprocity of global trade. Farmers are straightforward in commenting about the trade war: “No hatred between individuals and we have been in a good relationship between our Chinese partners. It is a problem of the two governments that need to figure out the issue quickly.” I wonder in this Republican state, is it also a straightforward choice to pick who is going to lead the country because of the shared emotion, anger, or pride?

To Speak of farmers’ pride, I am told that most farmers refuse to accept the government subsidies even it is difficult to make a living at this particular moment. Their proud comes from the yield of the lands, from the returns of the long working hours. The heroism touched me in terms of self-esteem and courage. “You cannot be a farmer, even for a day if you are not optimistic!” Delightfully and proudly said by a farmer I met. 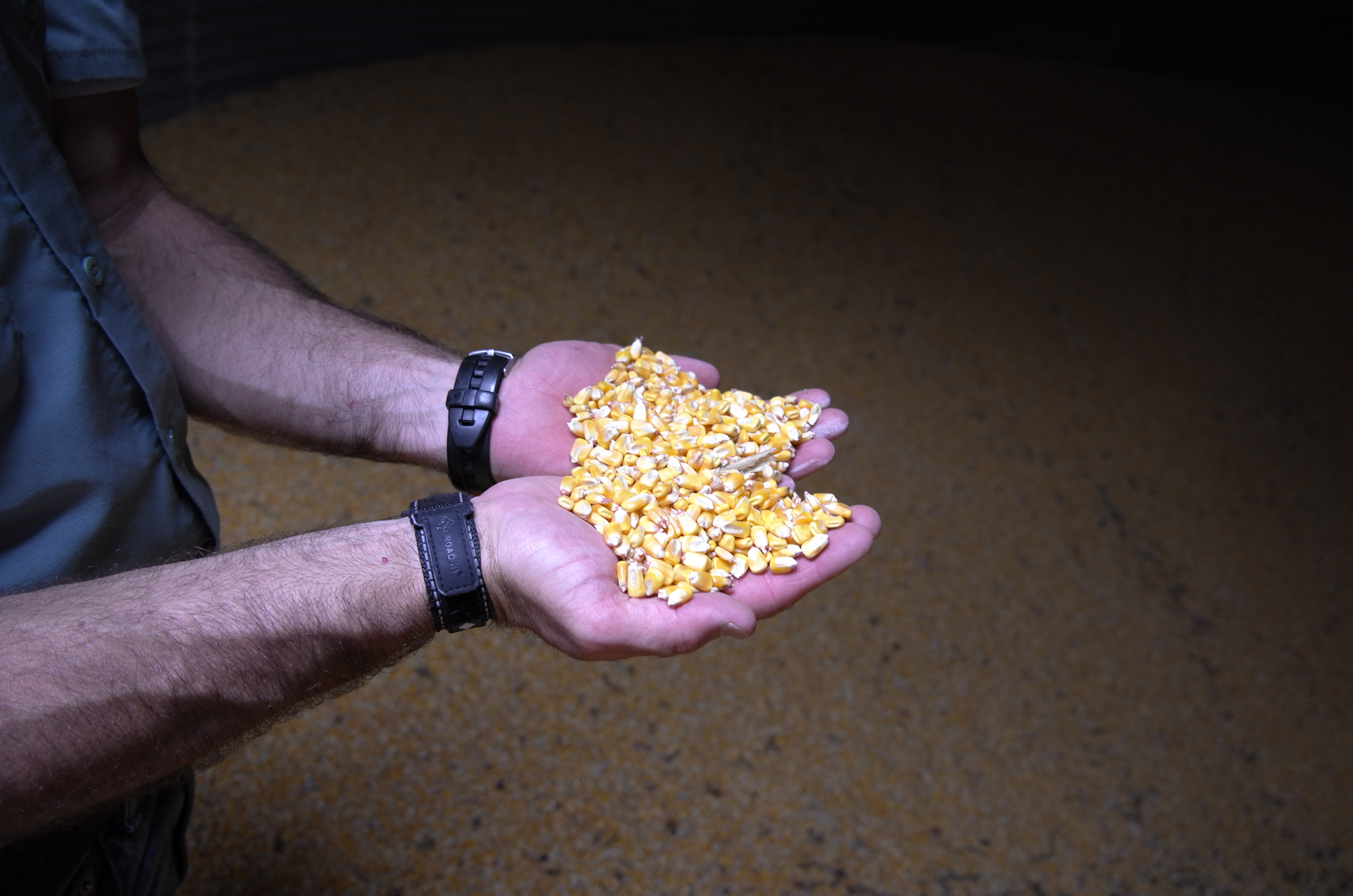 Corns in a storage bin 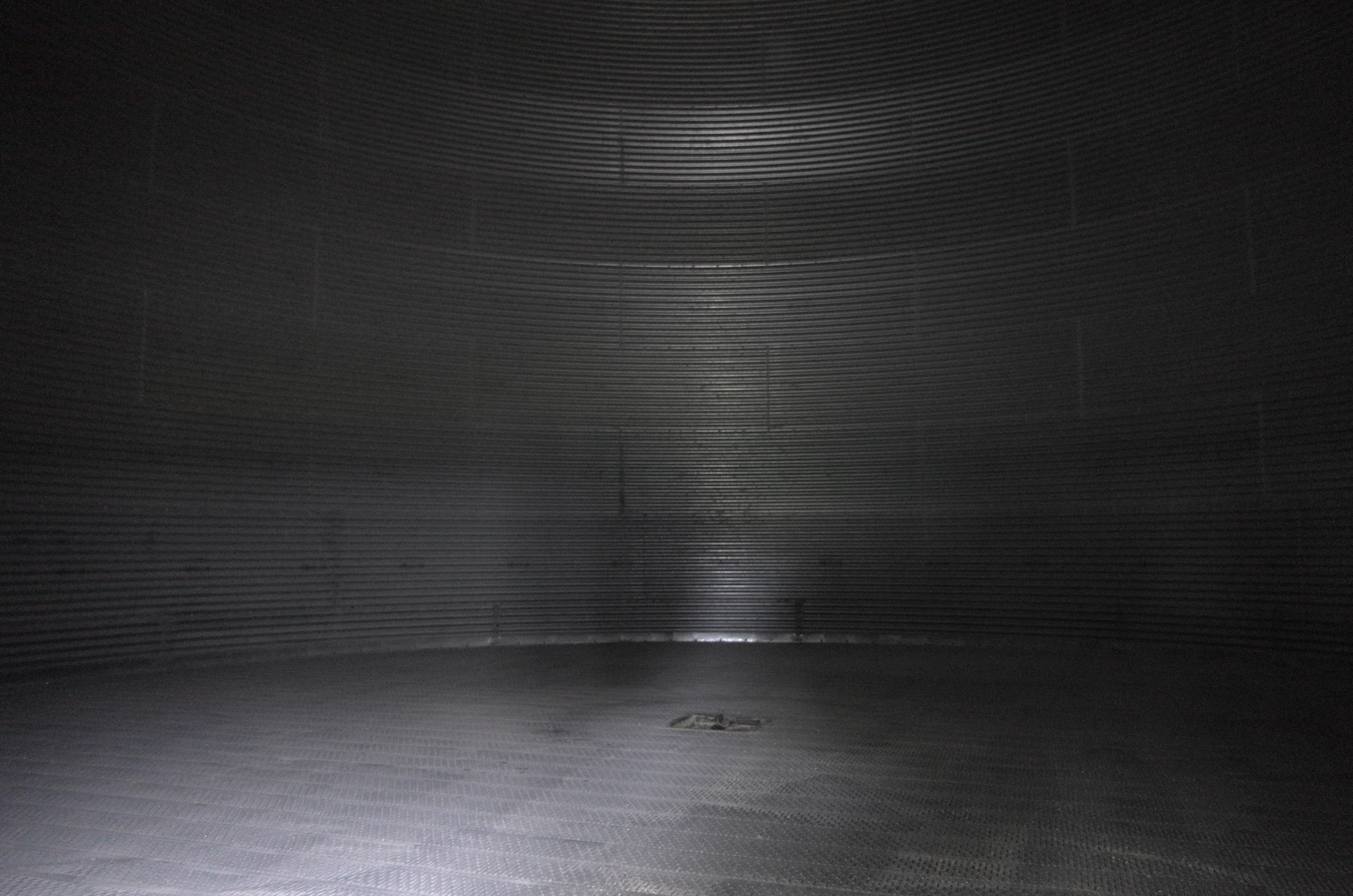 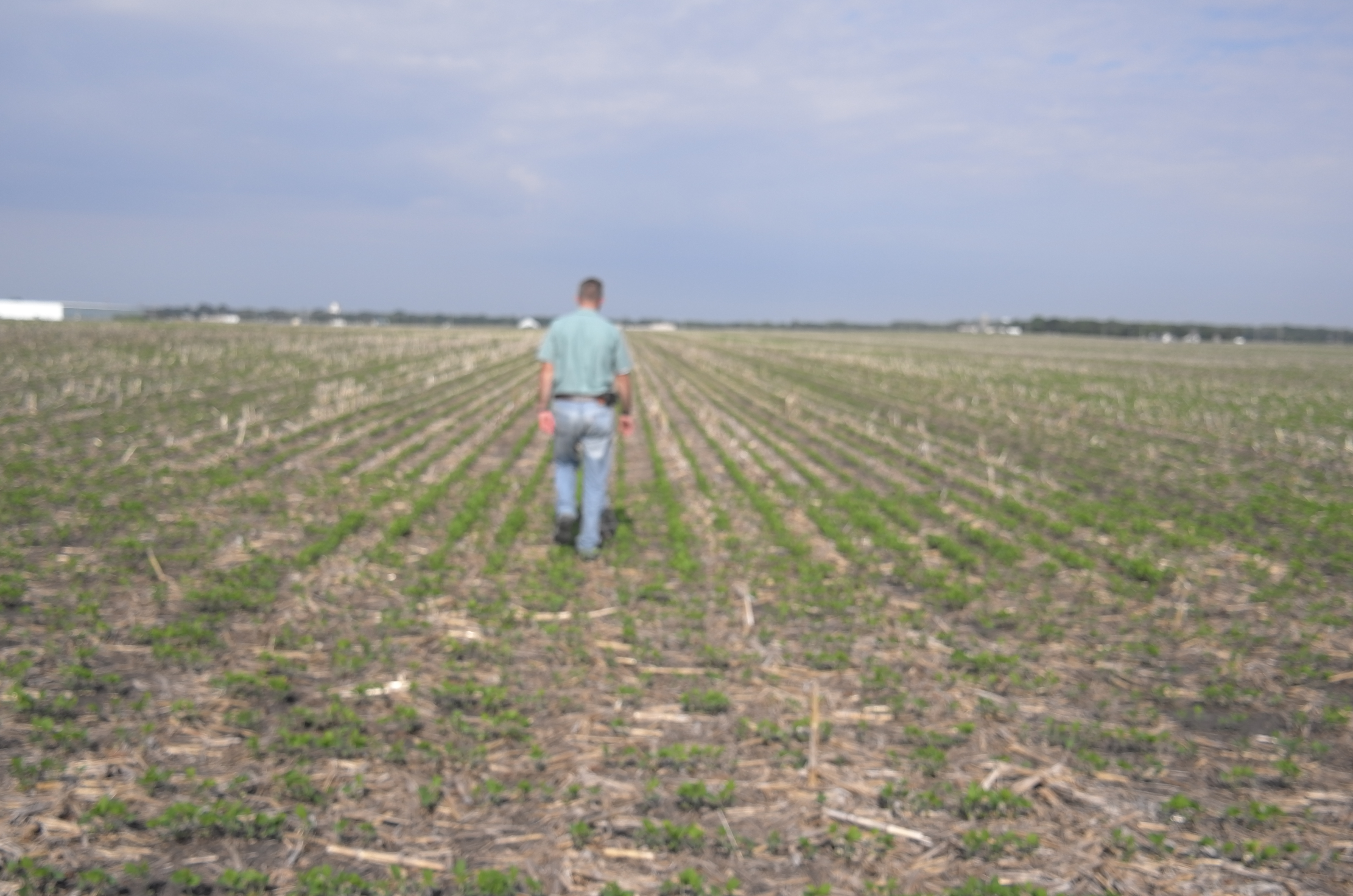 Walking on a soybean field 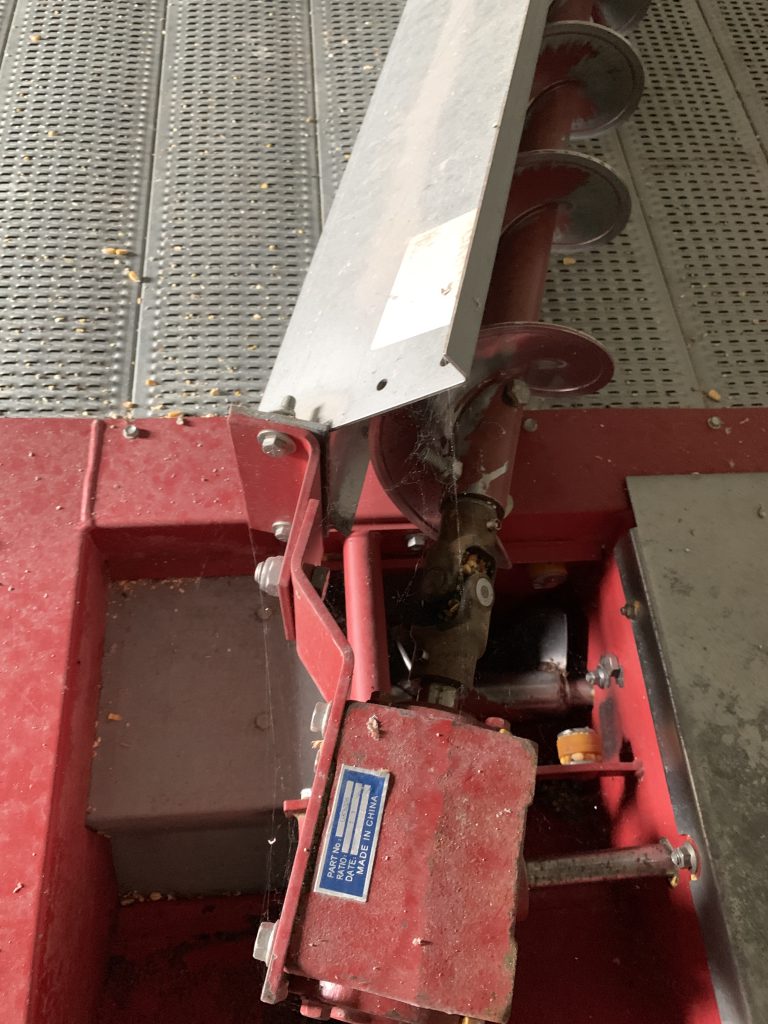 “Made in China”-the reciprocity of global trade 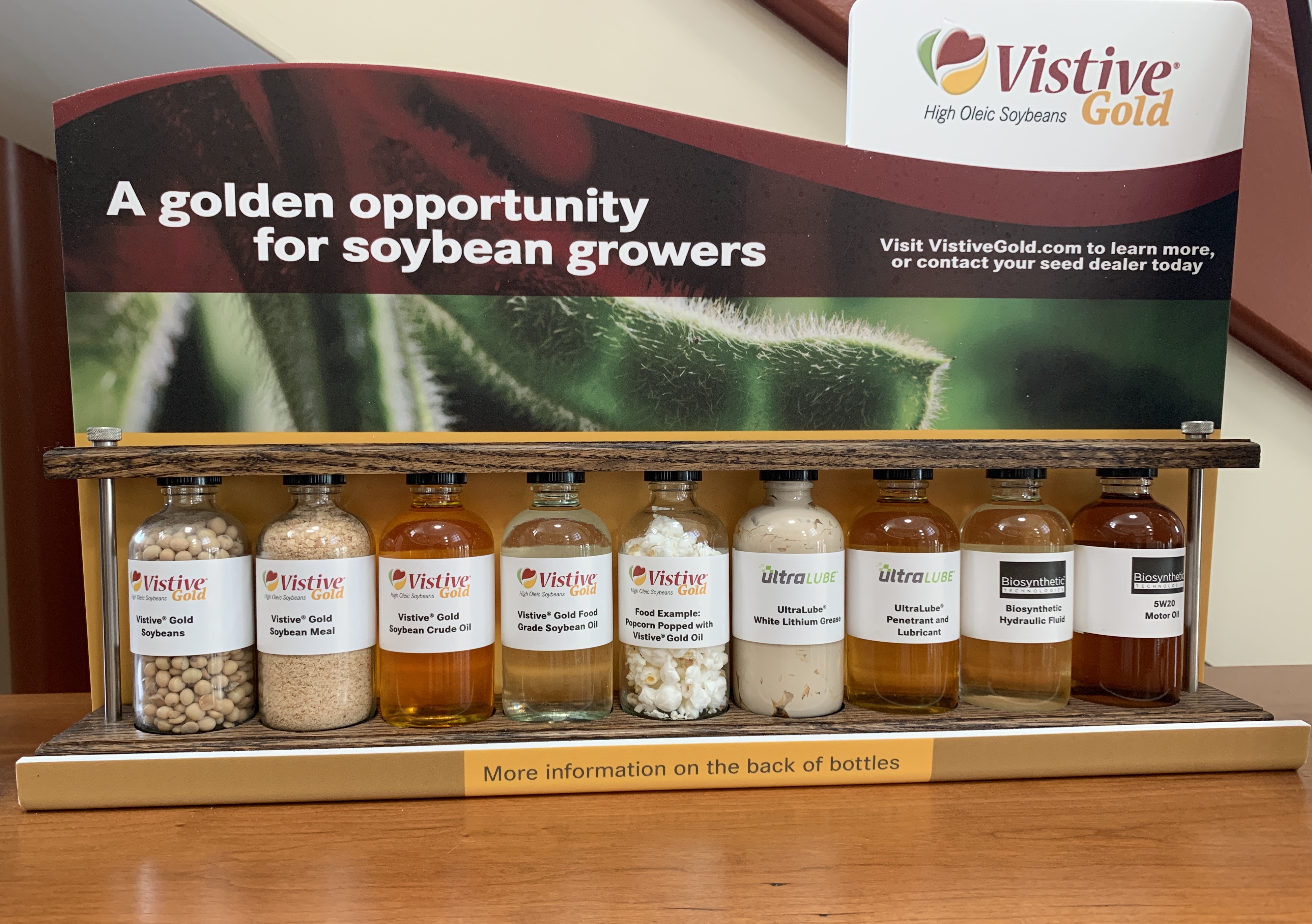 Who sacrificed and who wins

Currently, the tariff not only makes the soybeans’/corns’ price much less profitable for American farmers to sell. Although the US is trading with EU and other countries, the loss is still dramatic. Meanwhile, the ripple effects have already started to the encroach peripheral industries such as seeds, live stocks, agricultural equipment. Eventually, such an economic burden will impact many sectors that directed related to American’s life. There is research indicates that tariff is passed on to US consumers, although 80%-90% of people of this country have not even recognized this pain at all. Right now, it is the farmers that are being thrown in front of the trade war battlefield, but who is the next?

On the other side of the world, China’s economy was weakened by the trade war. Without mentioning its many current social-political issues, the farmers in China have been experiencing a more difficult life- smaller farms and less automated way of farming. President Xi came to Iowa and signed a 1,340million metric tons soybean contract in 2012. Although it did benefit many parties, were there enough protection for farmers in China?

When I sit down to think-is it indeed a war of trading? Or it is a war of different ideologies/cultures that cannot coexist? But who has the power to decide? If the US government is exerting its power to help stopping Chinese communism’s monopoly model, which lacks private property protection, democratic election, and human rights, then should people from both sides to bear the cost? Who is behind the wrestling powers to compete for the dominant power? Who is behind the governments?

The world flows with uncertainties, and change happens rapidly. What can we do under such turmoil? 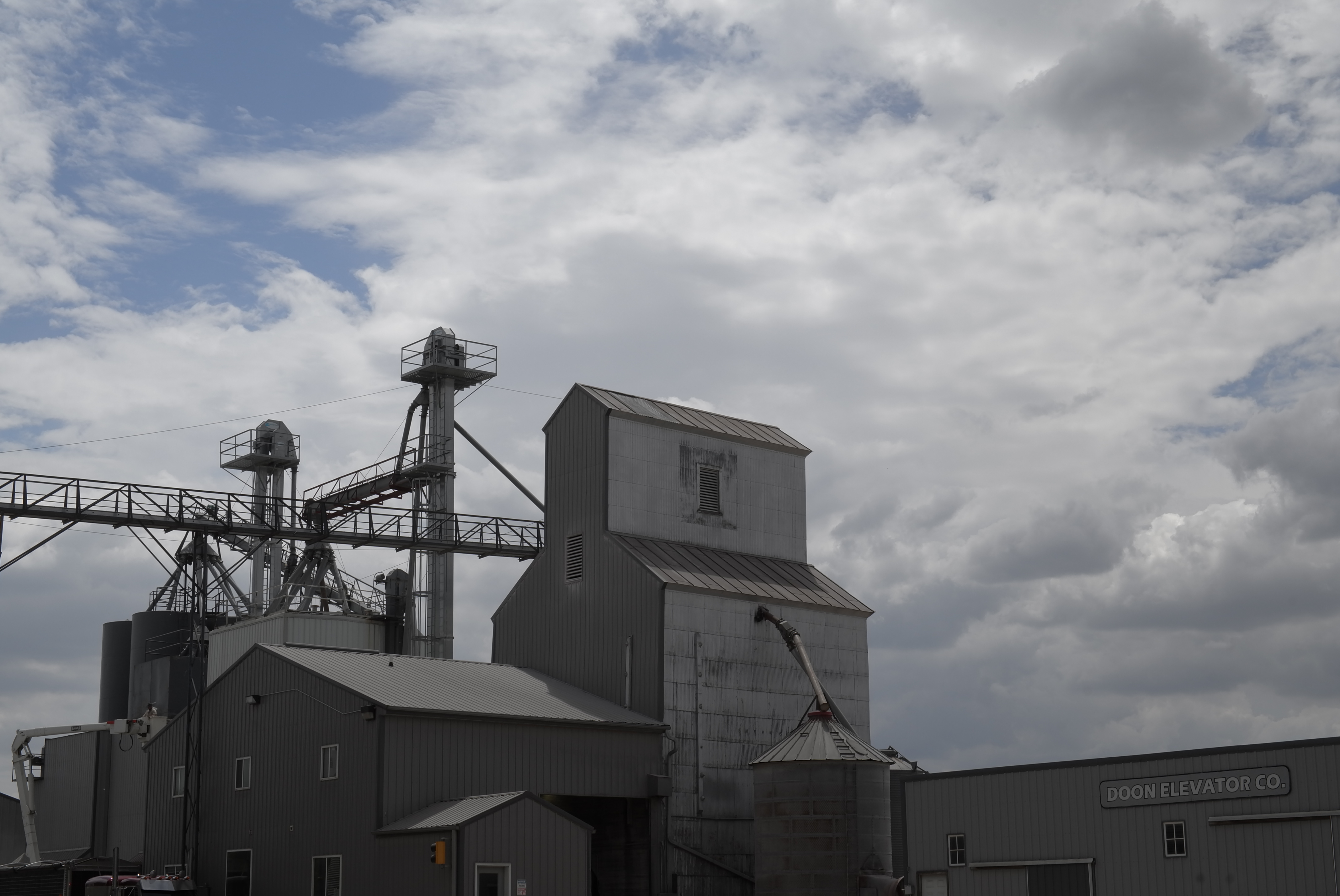 A local feed meal, which business has not been affected by the trade war yet 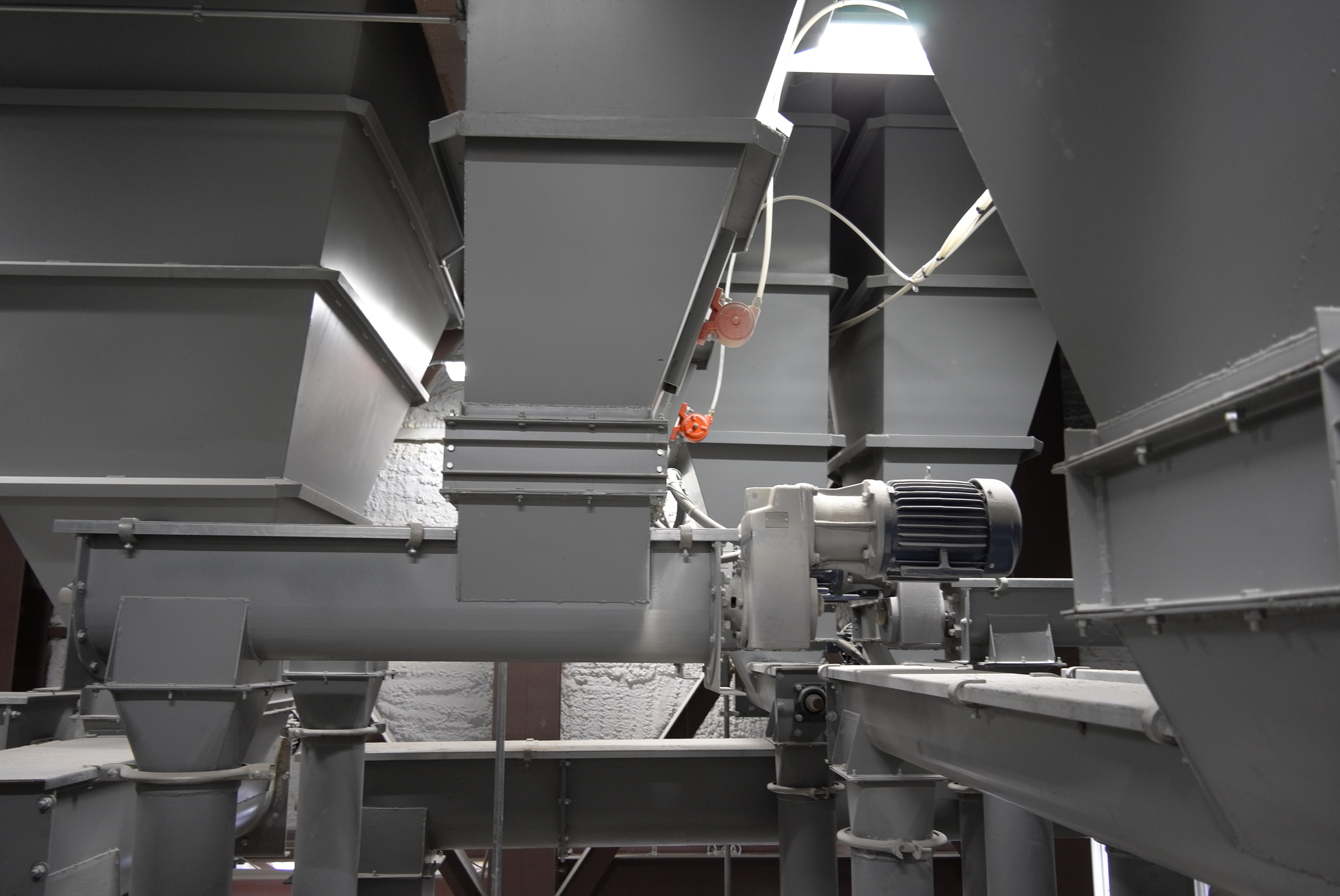 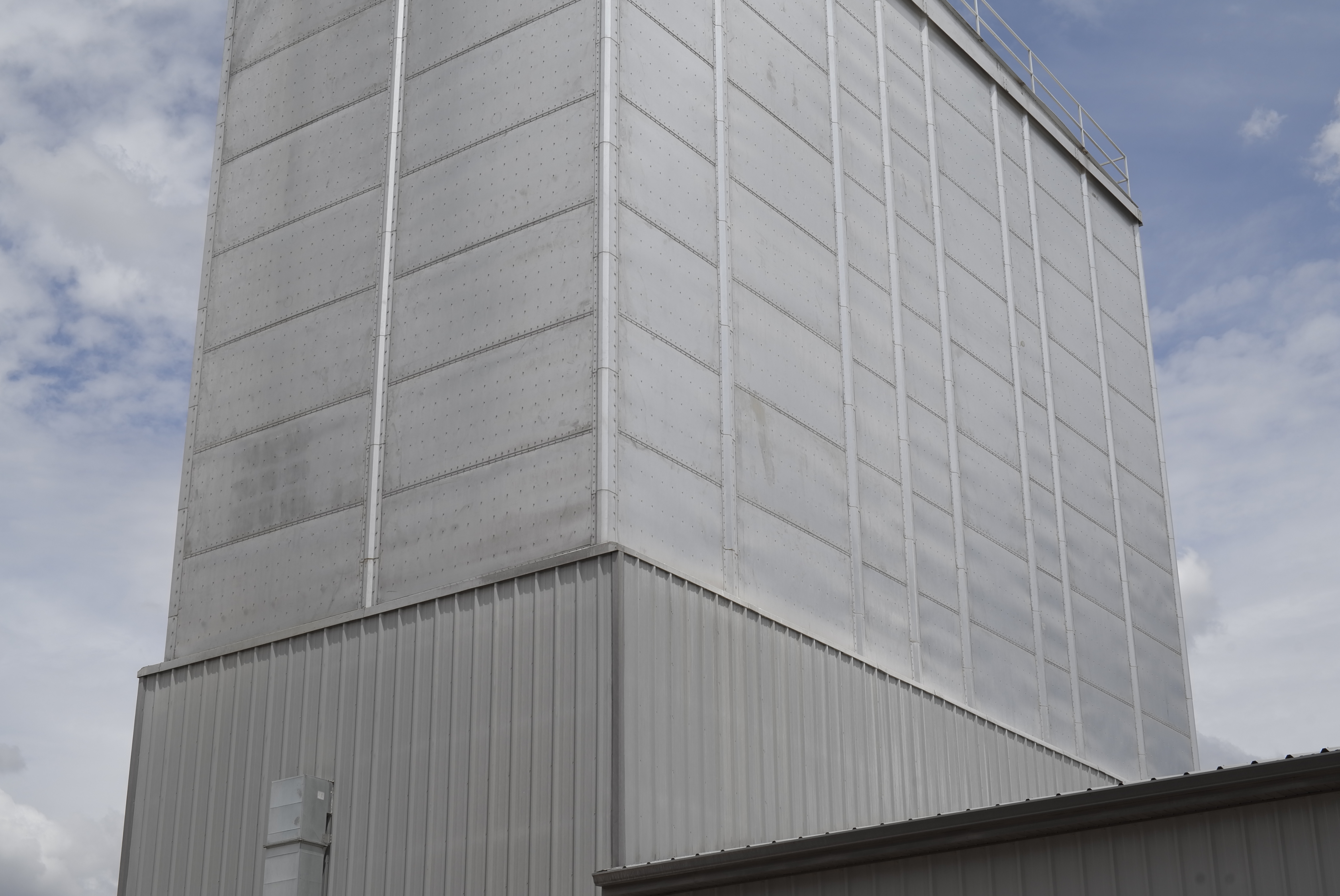 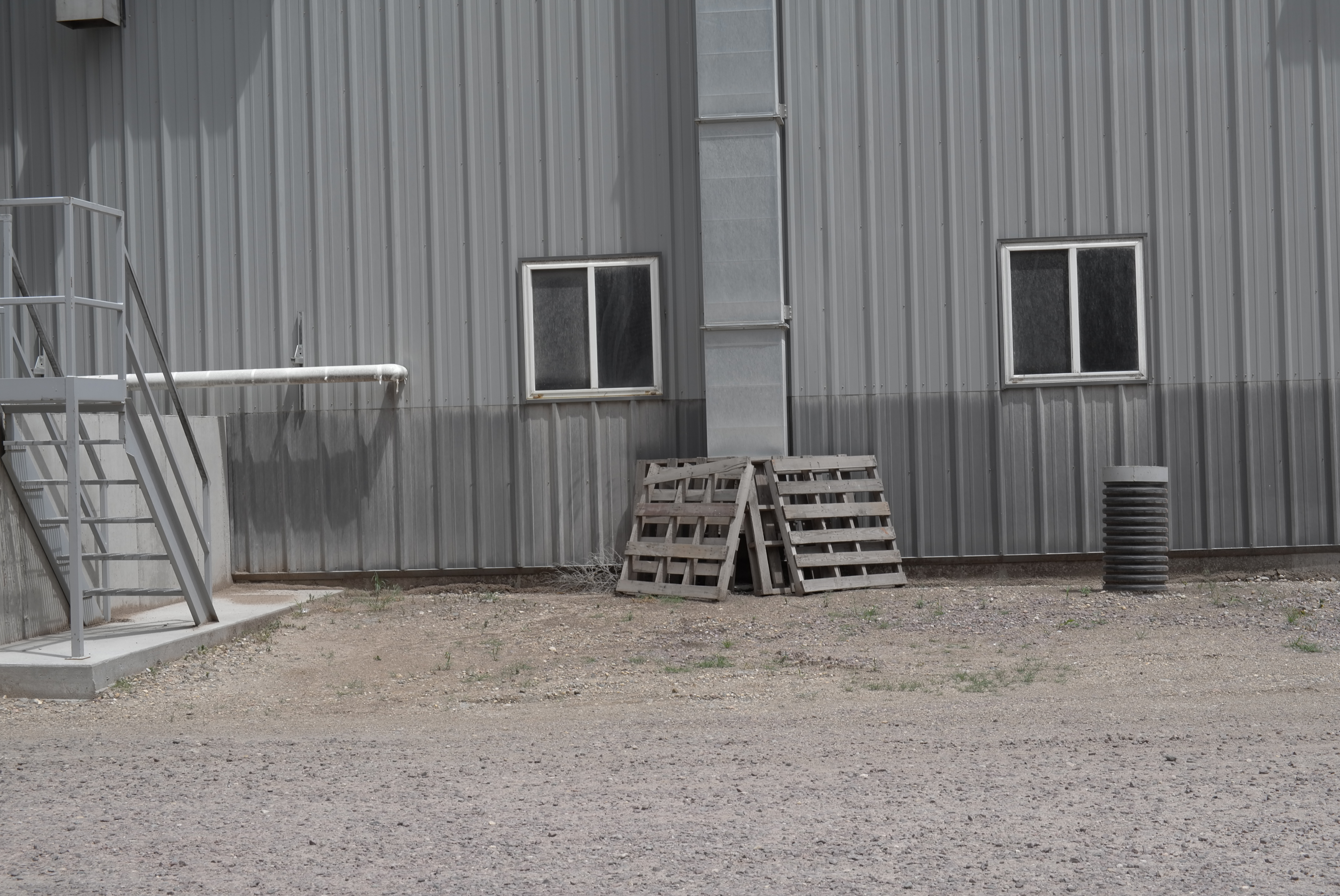 Solution? Organic vs. the courage to change

During my trip, I became curious to know the answer that will help the farmer to gain more yields and profits. For all the farmers that I interviewed, they are adapted to the changing modern technologies and not afraid to learn. The local universities provide rich information and intensive research to keep the agricultural industry up to date. However, the small margin may not even to compensate for the insurance cost if the farmers get a year like this. Does that mean the current model no longer fits?

In 2018 the ABCD group, which controls 70% of the grain industry, was investigating ways to standardize and digitize global agricultural shipping transactions for the benefit of the entire industry.  In contrast, the farmers in Iowa still operates individually-small farms with all the unique farming recipe. Such a condition makes farming unfavorable to an advanced, standardized, mechanized production. If the higher-ups are grouping to beat current challenges, I think it is critical for farmers to sense the signal of such unique changes and make a move to adopt such a condition. 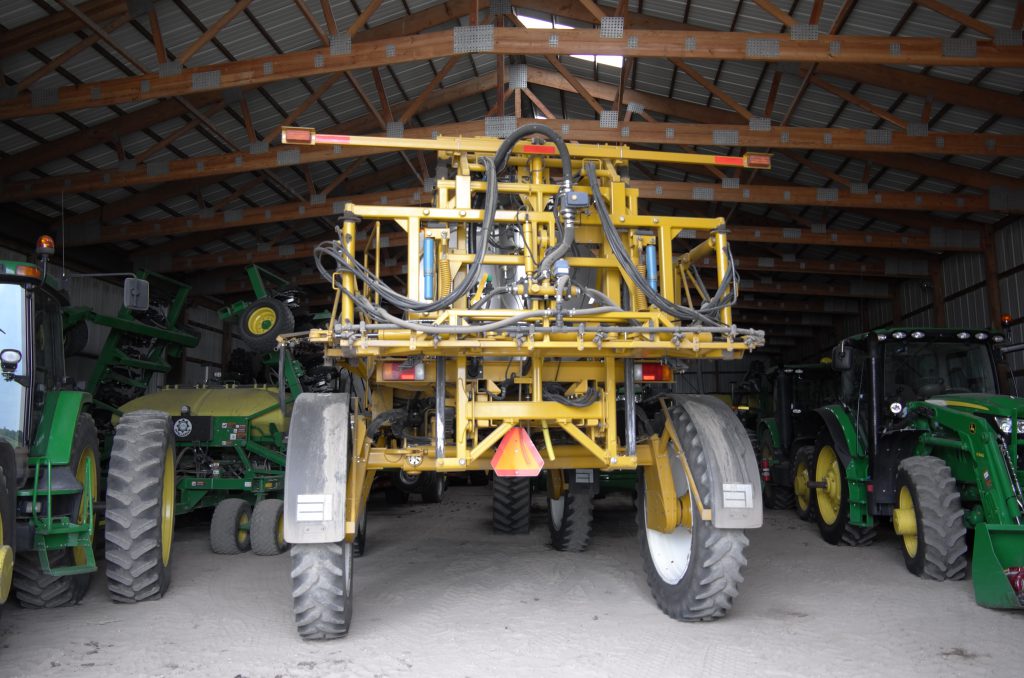 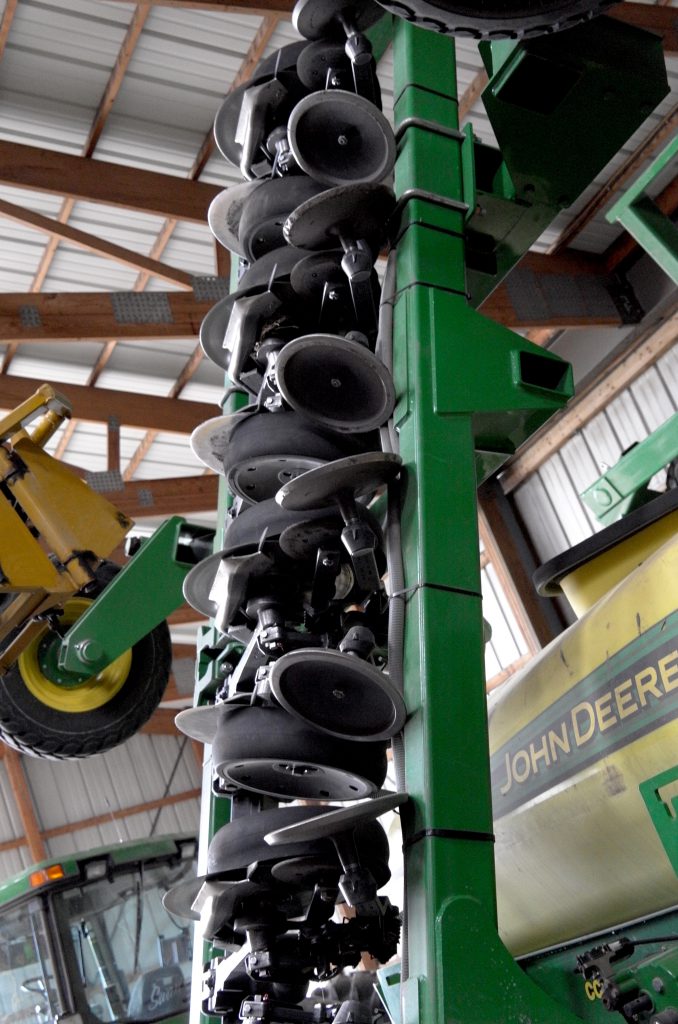 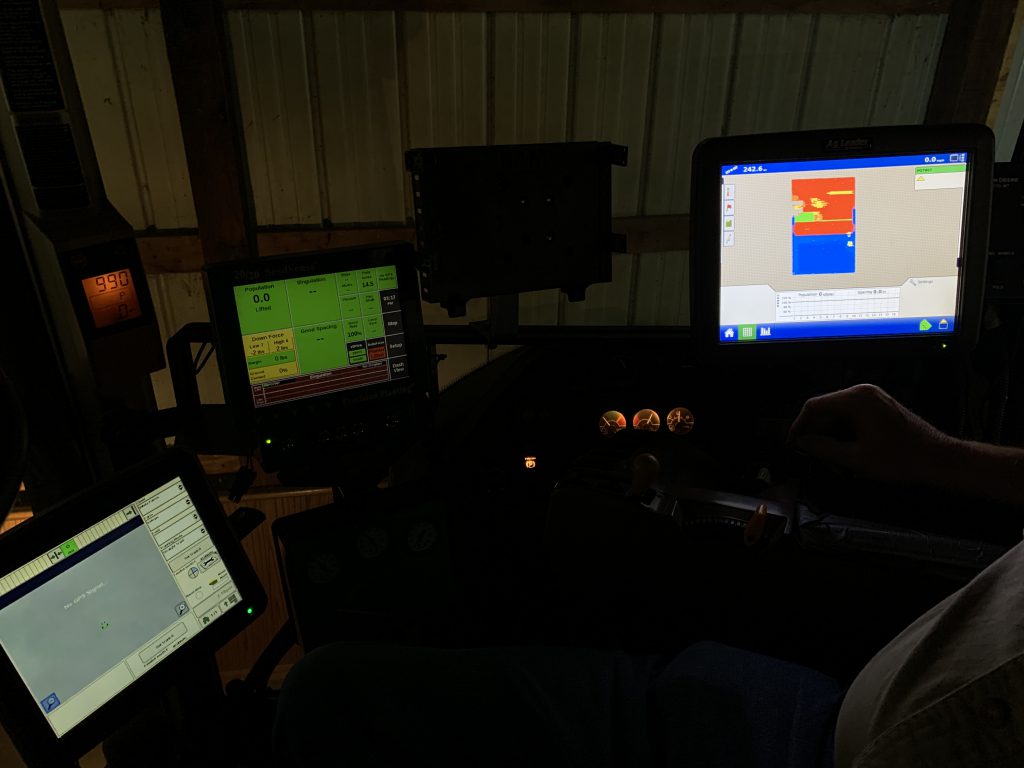 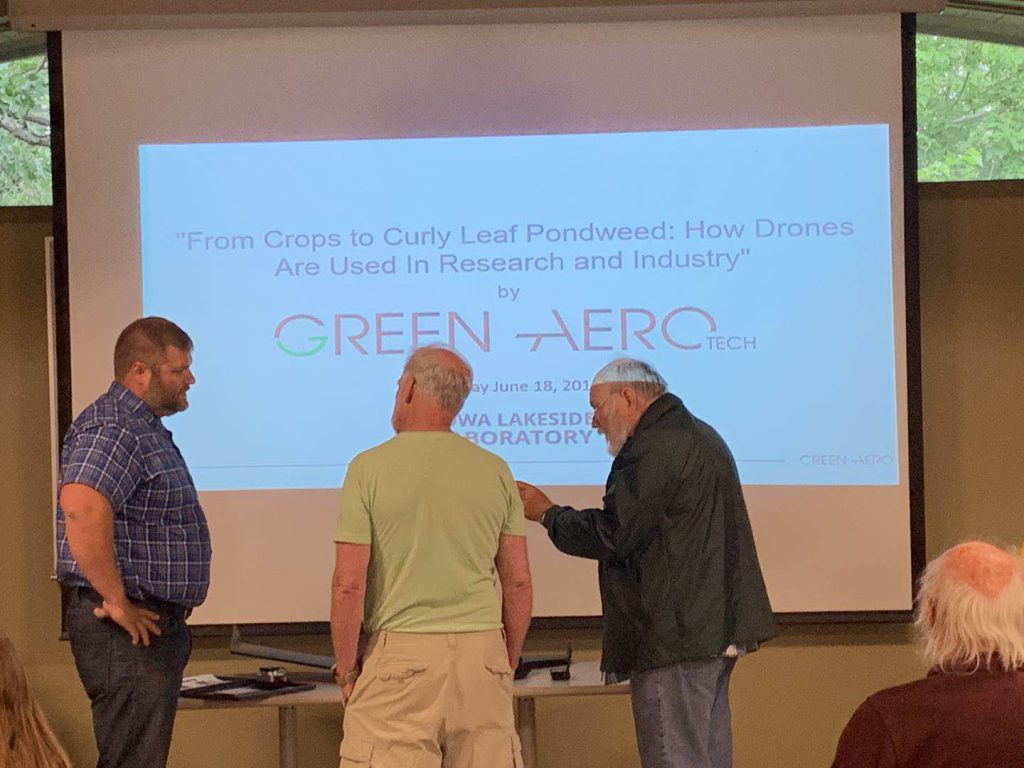 Also, I noticed that during my trip, there were no Wholefoods or places to buy organic foods. On both coasts, the natural lifestyle is so trendy that people have been complaining about the rising prices. Most of the farmers in Iowa resist organic farming. I was told that there had been a flaming debate for organic farming due to the risks ensued, for example, the 5-years conversion time, the short of organic seeds, contracts for sale, and yields drag. Anyone of those reasons can put a stop to a conventional farmer’s willingness to start organic farming. Moreover, the urge to expand corn/soybean farms is universal because those farmers can get returns quickly.

I was lucky to visit a organic farm/preserve land in central Iowa, which is also a B&B run by an artist (https://loyaslittlehousebnb.com). The benefits of organic farming seem huge to me. Since organic farms mostly serve the domestic market, it reduces the risk of trading. Organic agriculture is somewhere between 22 percent and 35 percent more profitable for farmers than conventional, even with their lower yields, because consumers are willing to pay morefor organicfoods. Besides, organic farming is more sustainable, which is also the goal (healthy soil) for conventional farmers in Iowa. 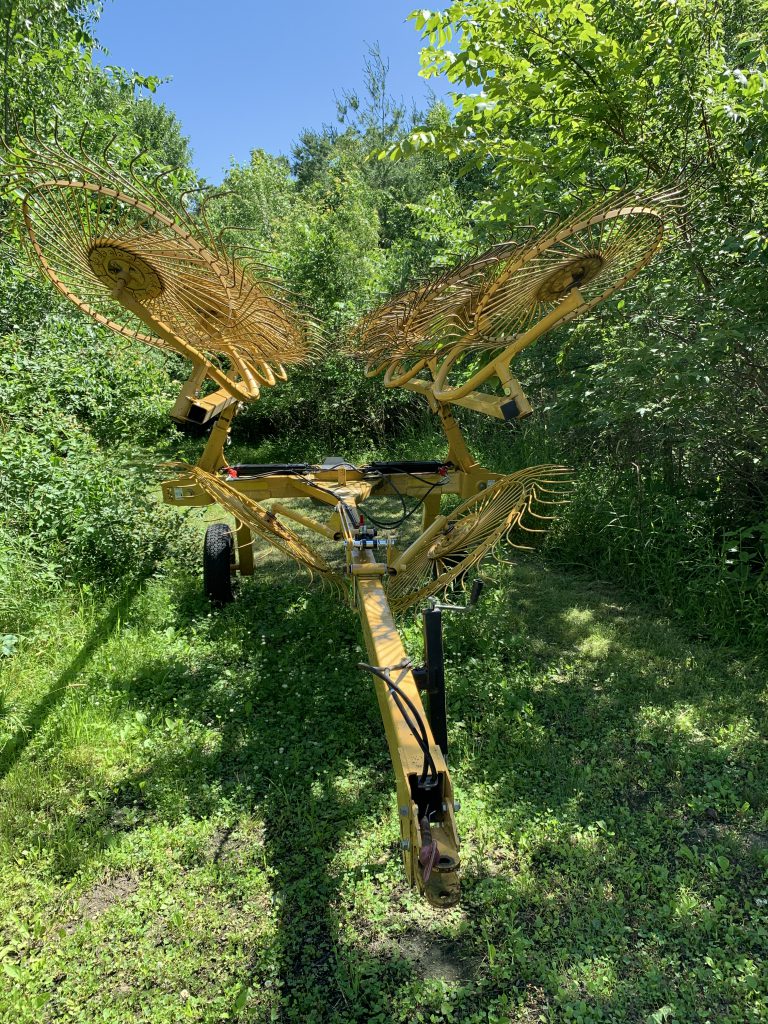 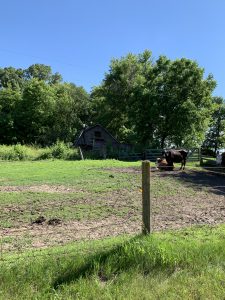 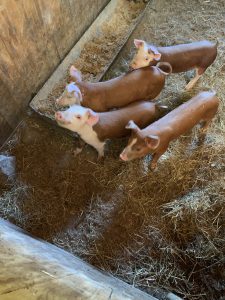 Change takes courage, and I think the government should provide enough funding for organic farming, instead of dividing the two groups (organic/conventional). The world has too many unsolvable problems, as we are re-entering an era of great power competition, are we able to clear them up?Again, what can an artist do? Maybe nothing- like when I was conceiving of doing some paintings for this project, I concluded that they were useless in terms of explaining the situation here. Nonetheless, an artist’s work functions the same as Lakeside Lab, I am responsible for immersing into the event, monitor fleeting characteristics of our times, exchange information in both ways and look for ways to support the wholesome ecology of human society. 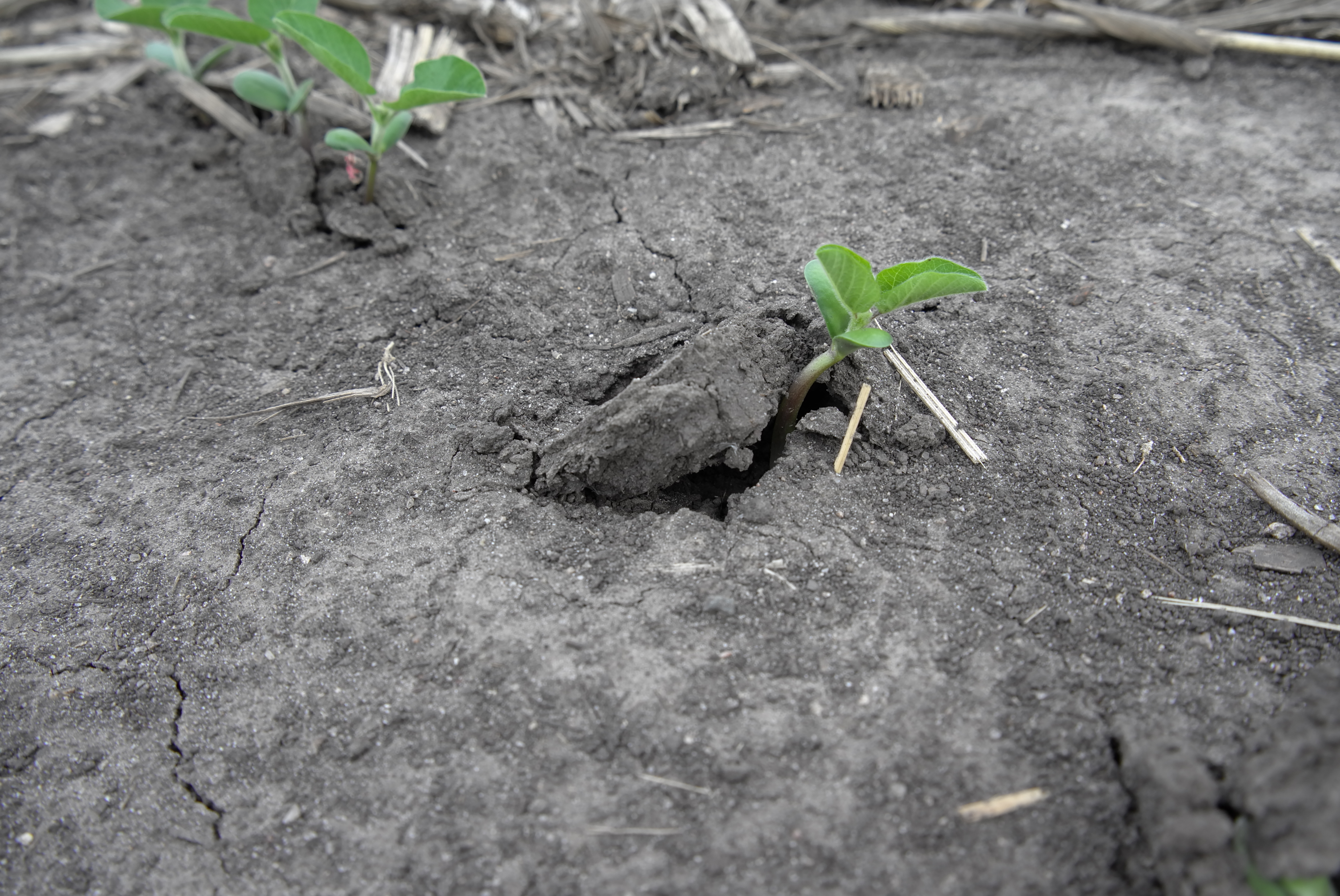 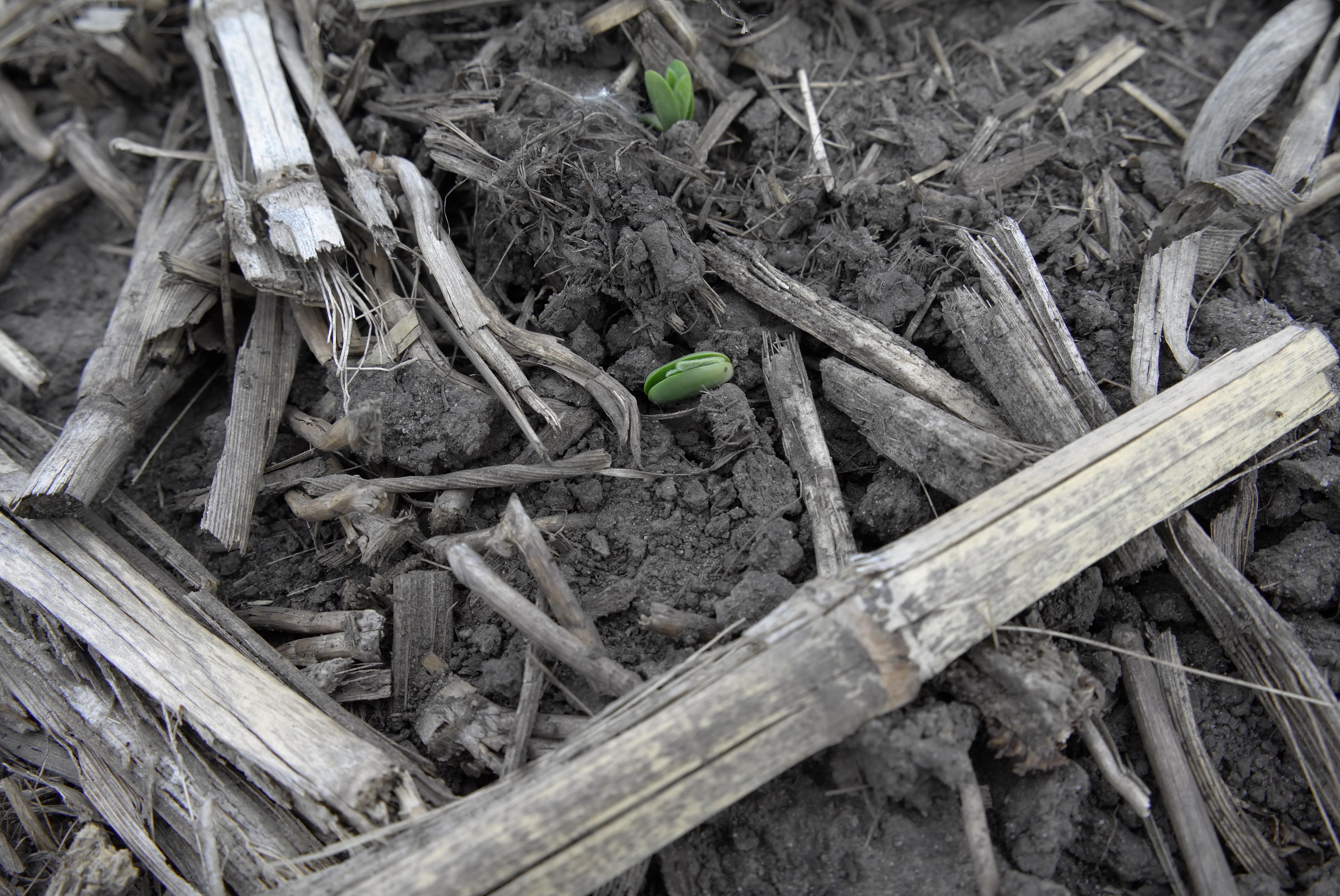